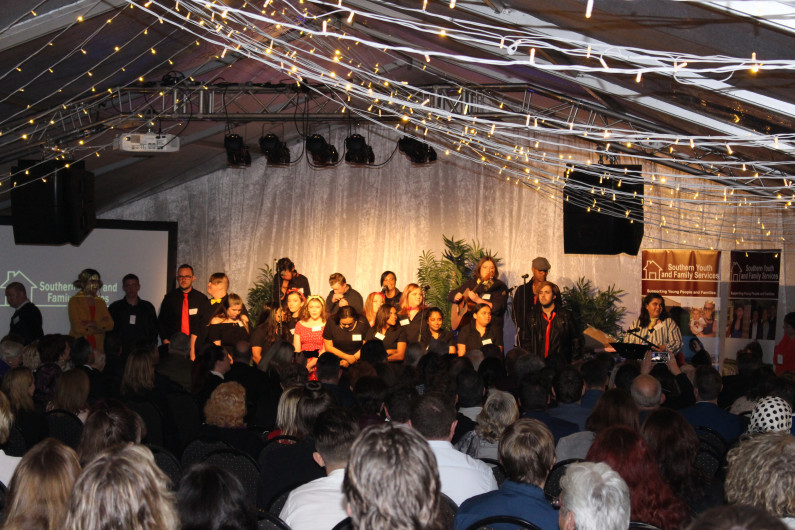 The Annual SYFS Youth and Family Awards were held last Thursday at the Warilla Centre, in recognition of the many young people and family members who had made great strides in overcoming personal obstacles to improve their quality of life over the last year.

With over 300 people in attendance, the guest list included Wollongong Lord Mayor Gordon Bradbury, Mayor of Shellharbour Marianne Saliba, NSW Parliamentary Shadow Minister for Health, Housing and Homelessness Ryan Park and the Minister for Disabilities, Community Services and Justice, the Honourable Gareth Ward who was glowing in his support of the work that SYFS continue to do in assisting young people and families including those who are vulnerable and disadvantaged and in advocating for social justice and equality.

While it was the Award Winners themselves who were undoubtedly the stars of the evening, the Illawarra and South Coast Business and Sporting communities are also to be commended for their support and sponsorship of the Event which saw over 100 awards and gifts distributed to deserving recipients, along with close to $20,000 in funds being raised from the major raffle which this year featured a record prize pool of 10 fantastic prizes generously donated by local businesses.

It can be easy to overlook the hugely positive impact this Awards Event has on the young people SYFS works with and their families, but the smiles, joy and tears of happiness where there for all to see on the night. Quite simply it wouldn’t be possible without the assistance of the event sponsors and raffle prize donors who this year supported the Awards in record numbers.