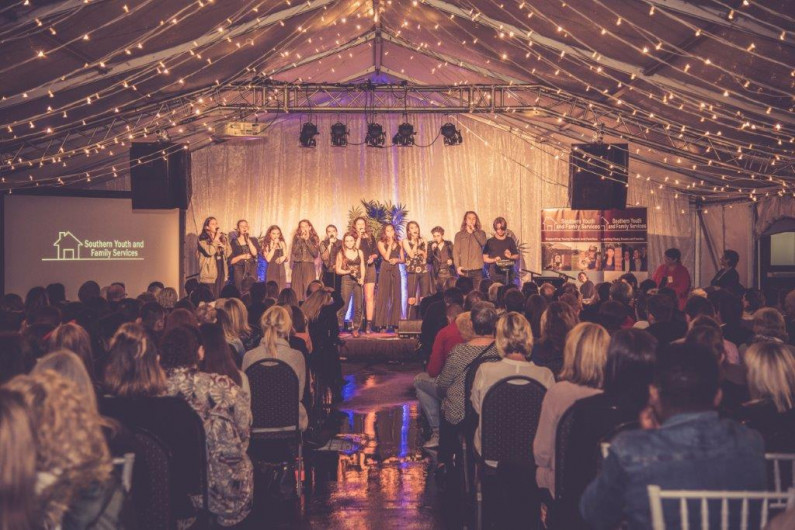 SYFS were pleased to hold their Youth and Family Awards Evening to recognise and applaud the young people and family members for their achievement in the face of great adversity.

The event attended by just over 300 guests was highlighted by the attendance of Local and State Members of Parliament – Paul Scully, Anna Watson, Sharon Bird, Stephen Jones, and Gareth  Ward was represented by Councillor Nathan Cattell

It was an honour to have present a number of local Aboriginal Elders and Uncle Gerald Brown performed the Welcome to Country.

There was a large number of local businesses from Wollongong, Shellharbour and the Shoalhaven many of whom had generously sponsored the event and the Awards for the young people and families. Special mention of Toyota who was the Major Sponsor of the Event and Awards.

There were also many Government and Community agencies in attendance, some who have shared the support of Young People and Families.

One of the highlights was the performance of some young people who had attended a week’s intensive music program with Shellie Morris and had written and recorded 15 songs. They performed one song and were fantastic.

We would like to thank all those who attended the Youth and Family Awards Event and especially the kind sponsors.

Congratulations to all the Young People and Families who won awards and performed.